PURAFEX is made from palm kernel expellers (PKE), a by-product after palm kernels are crushed for their oil. SDP and the Malaysian Palm Oil Board (MPOB) developed a patented technology to produce PURAFEX.

“PURAFEX is a healthier and cost effective alternative for the animal feed industry. Our target was to produce an animal feed ingredient with the quality that would at least be on par with the current range available in the market. After a year of feed trials, careful assessment and comparison, I am proud to announce that PURAFEX has outperformed this expectation,” said Datuk Franki Anthony Dass, Managing Director of SDP.

The Carey Island Kernel Crushing Plant will be able to cater to 10 per cent of the total industry demand for chicken feed. SDP believes that demand for PURAFEX will grow in tandem with the growth in food demand based on the country’s increasing population. Malaysia’s population is projected to rise to more than 33 million in 2020. 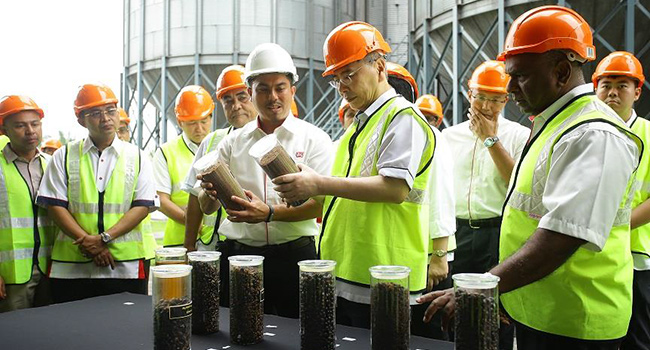 “The versatility of palm oil has been well established with its usage in a wide variety of products and applications. Different parts of the oil palm fruit and tree, right down to its by-products offer tremendous commercial benefits. As part of our sustainability agenda, Sime Darby Plantation collaborated with MPOB and developed this palm kernel pre- cleaning system to further enhance the value of PKE as an animal feed ingredient for the poultry and aquaculture industries,” he added.

PURAFEX may prove to be significant for the national poultry industry where the cost of poultry feed accounts for 60 to 70% of total production cost, mainly due to the imported maize and soy used in chicken feed. Malaysia spends an average of RM5.6 billion on animal feed every year and about 55 per cent of that is spent on importing maize alone. The country is planning to reduce its feed corn imports by at least 50 per cent over the next few years*. 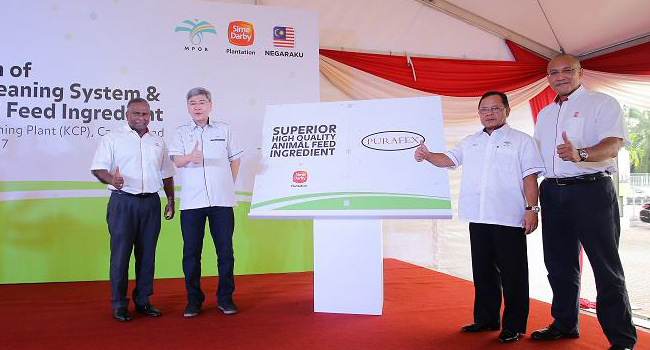 “PURAFEX can now be used to replace these imported ingredients. If PURAFEX accounts for 30% of the feed ingredient, this would deliver a minimum savings of more than 10% or around RM180 per tonne of chicken feed cost, depending on the prevailing market price,” explained Mohd Haris Mohd Arshad, Head of Downstream operations for SDP.

*(Source: Minister of Agriculture and Agro-based Industry interview with The Star, July 2016)
Share