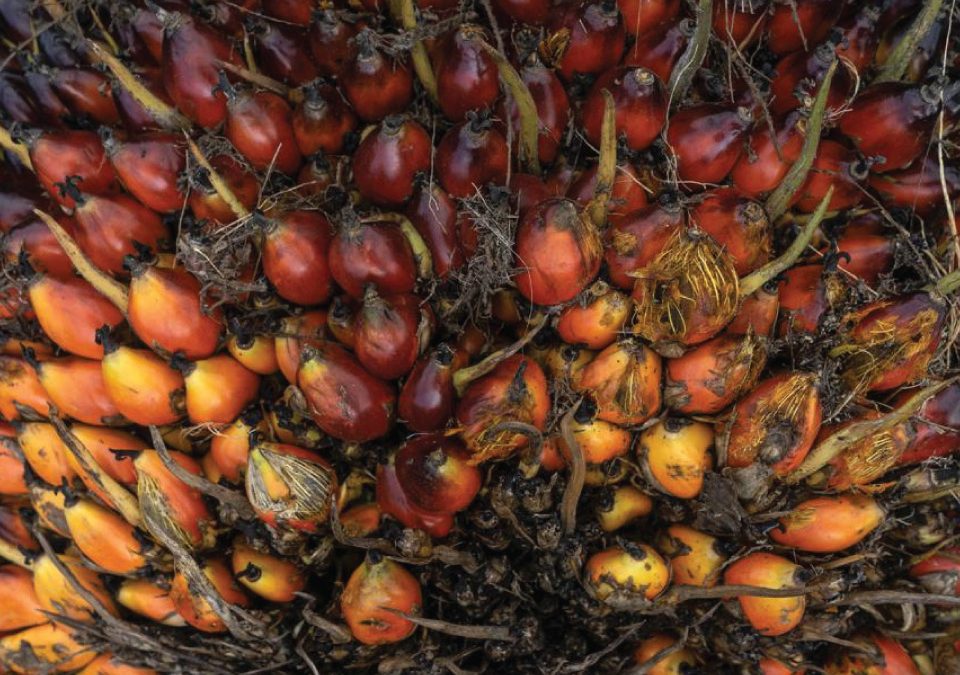 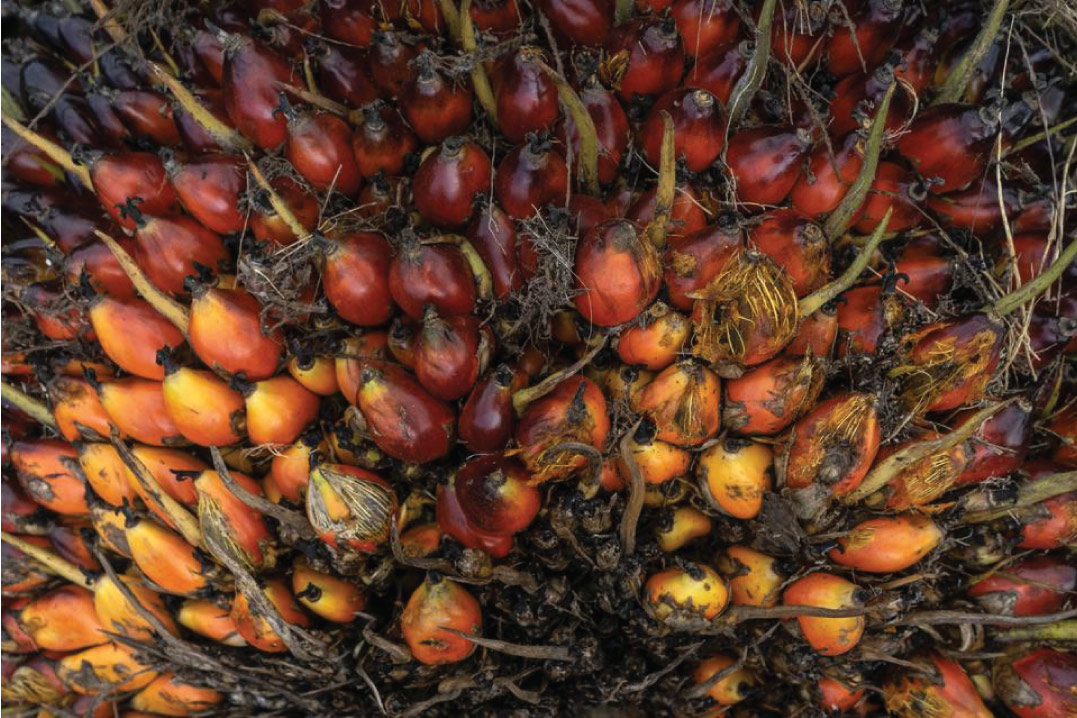 The Malaysian oil palm producer Sime Darby Plantation decided to publish its oil palm genome, hoping for a revolution. In June, the company announced the disclosure of a research that has allowed them to produce significantly more oil palm yield on the same amount of land. In the first commercial harvest since the seeds were first planted in 2016 by Sime Darby Plantation, their “GenomeSelectTM” showed a 20% increase in yield compared to the company’s previously available best planting materials.

Sime Darby Plantation is now scaling up production of its selected seeds to meet their replanting needs within the next three years. According to critics, however, this will not automatically lead to less pressure on land and natural resources.

“Our ambition is to halt deforestation in the palm oil industry and that requires us to innovate and find new ways to operate,” said Sime Darby Plantation’s group managing director Mohamad Helmy Othman Basha. “We hope that this research will open up new avenues for our industry to meet the demand growth while drawing the line on deforestation at the same time.”

The genome sequence resulted from over a decade of studies. Since 2009, Sime Darby Plantation has invested over RM150 million into research and development within its genotyping labs in Southeast Asia.

“We use information from the genome project, to study those components that are associated with productivity, which in this case means oil,” says Dr Harikrishna Kulaveerasingam, chief officer for research and development in Malaysia. “We use markers to direct our selection of parents for crosses.”

He adds that oil palms are not fully domesticated, so in the wild they need to propagate themselves for the shattering (the separation of the seed from the rest of the plant). “This is an operational problem that we faced to manage the crop productivity. So improving this is still part of the productivity journey for us.”

The study has the potential to help feed the world’s growing population (predicted to drive a 70% increase in demand for food) by using a smaller portion of land and eventually avoiding deforestation.

Sime Darby Plantation is now working to double its own yield. The genome sequence has indeed relevance beyond palm oil for other palms, such as dates and coconut, that are seeking to modernise and increase their ability to produce more crops from less land.

The announcement has been well received by European Palm Oil Alliance (EPOA). “Sime Darby worked actively to map the palm oil genome,” says Eddy Esselink, program manager of sustainable development at MVO, the Netherlands oils and fats organisation. “The aim is for future generations of palm to be higher yielding and, by having higher yields, there will be less need for new expansion. Furthermore it will be more climate resilient.”

David Ross Dr Appleton, head of biotech and breeding adds: “One of reasons we have chosen now to publish our sequence is that we want to foster innovation and allow other research groups and companies to apply the results in their own way. At the end of the day it’s about improving yield at every point in the production chain. It’s not just about us, because we are only suppliers of a portion of the total palm oil in the world.”

However, critics say all this may not be sufficient to solve deforestation. If anything, they believe such research could make the issue worse; whereas focus should be put on community based agro-ecology and forest management.

“The increase of yield per hectare of palm oil does not automatically lead to less pressure on land and natural resources, as is stated in the article,” says Danielle van Oijen, programme coordinator for Forests at Friends of the Earth Netherlands (Milieudefensie). “ In our neo-liberal systems, higher yields per hectare and higher incomes from industrial palm oil plantations will attract new investors as well as trigger expansion, because the business has simply become even more profitable.”

Data from Transport & Environment shows that issues are not just about food. The amount of palm oil used to make biodiesel in the EU increased by 7% last year, reaching a record 4.5 million tons.

An international NGO coalition has just relaunched the #NotInMyTank campaign urging governments to end public support for food-based biofuels, after the European Parliament decided to phase out palm oil-based biofuel by 2030 last year.

“As long as the extreme rise in demand for vegetable oil is not reduced, for example through halting the use of palm oil in biofuels and fundamental changes in the livestock industry, and as long as customary land rights are not respected and forests protected, the forest destruction and human rights violations will remain systemic issues in the palm oil industry,” van Oijen adds.

Reports of Sime Darby’s past involvement with deforestation are among the reasons for a shift towards new ways of production.

In one case, communities turned to the OECD, for failure of the Roundtable on Sustainable Palm Oil to address land rights violations. The palm company Mitra Austral Sejahtera (MAS) then ceased to be a part of Sime Darby’s operations, but Sime Darby declared they are “proud of the various contributions made to the socio-economic development of PT MAS’s surrounding communities, as we have done in our other countries of operations.”

Sime Darby has recently left the High Carbon Stock Steering Committee, which for some NGOs indicates a lack of responsibility. Commenting on this decision, they said: “Our resignation was in order to allow us to focus our resources on the implementation of our on-the-ground commitments to deforestation throughout our global supply chain for the immediate future.” To ensure traceability, an alternative project, Crosscheck, was launched and the company joined the industry coalition RADD. 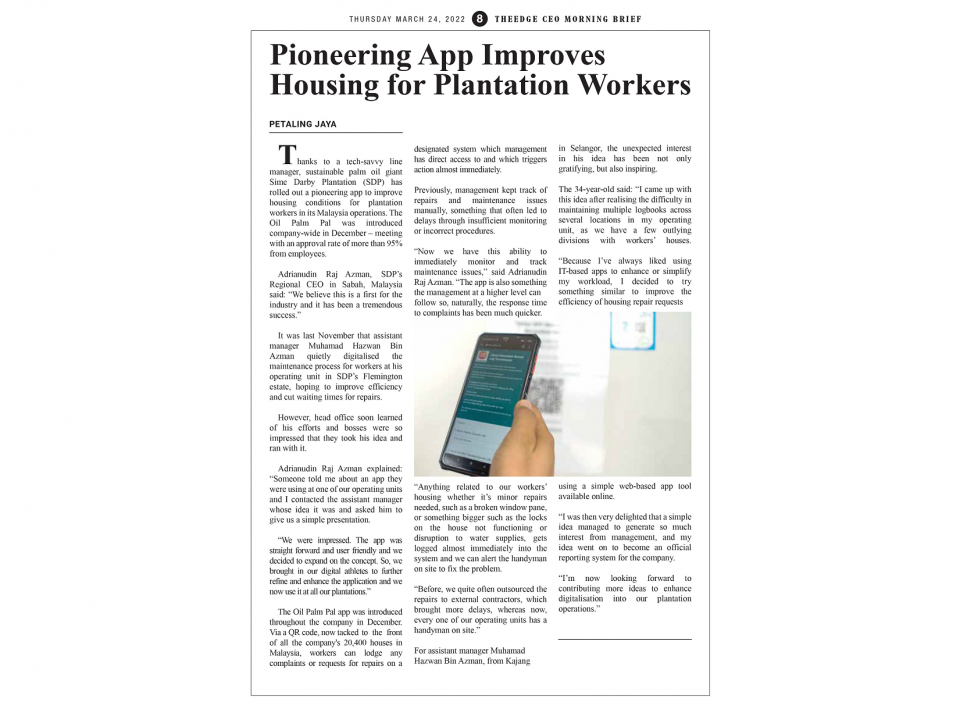 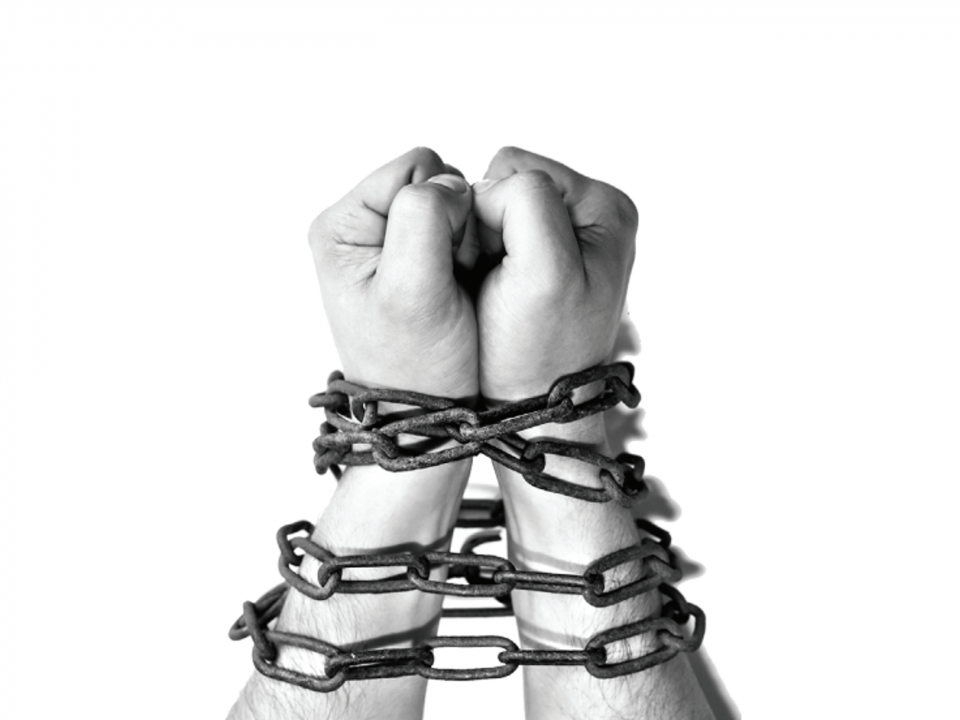 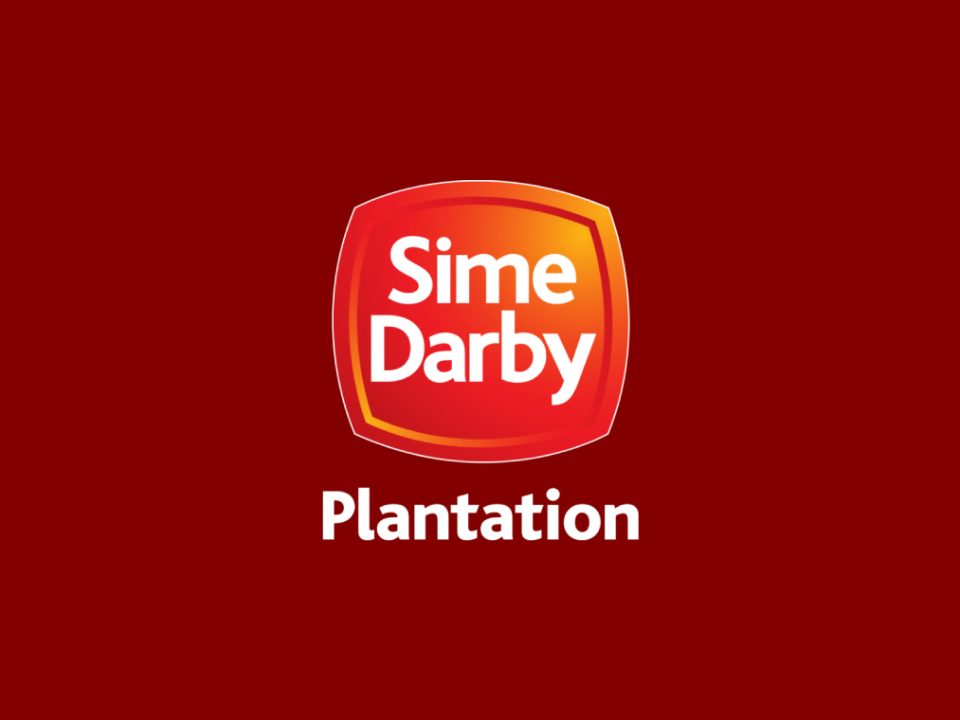